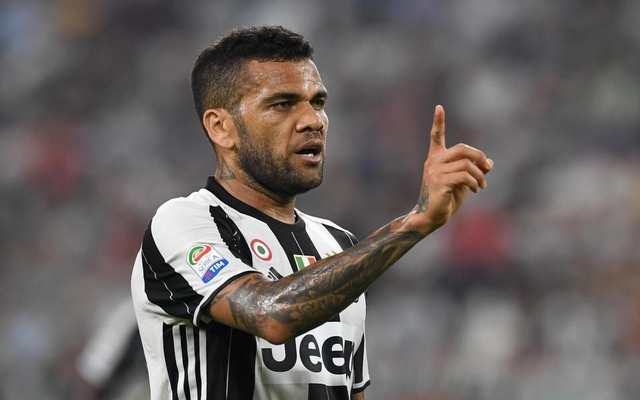 Chelsea are reportedly considering a move for Juventus right-back Dani Alves, but they face competition from both Tottenham and Manchester City.

The 34-year-old has defied the critics this season by finding top form for the Bianconeri, as he has played a pivotal role in helping them win the Serie A title and Coppa Italia, while they could wrap the treble up with the Champions League this weekend.

With six goals and seven assists in 32 outings for the Turin giants, coupled with his reliable and solid defensive work, he has been a key signing for Massimiliano Allegri, and he clearly isn’t anywhere near being done with his playing career yet.

According to The Daily Mail, Chelsea are weighing up a move for the Brazilian veteran, who has won a sensational 33 trophies during his club playing career.

However, they are expected to face stiff competition from both Manchester City and Tottenham, with the latter potentially in the market for a new right-back given the uncertainty surrounding Kyle Walker’s future heading into the summer transfer window.

Kieran Trippier has shown enough to suggest that Mauricio Pochettino doesn’t have to stress about the role too much, but another signing will be needed to add quality and depth in the event that Walker does decide to move on.

Antonio Conte will need another option to offer Victor Moses rest and competition, while Pep Guardiola allowed Pablo Zabaleta and Bacary Sagna to leave last week and so City need to bring in a right-back before the season starts.

Chelsea will more than likely be the favourites to land Alves if he does leave Juve this summer, but Tottenham could arguably be a challenge that excites him while a reunion with Guardiola can’t be ruled out.