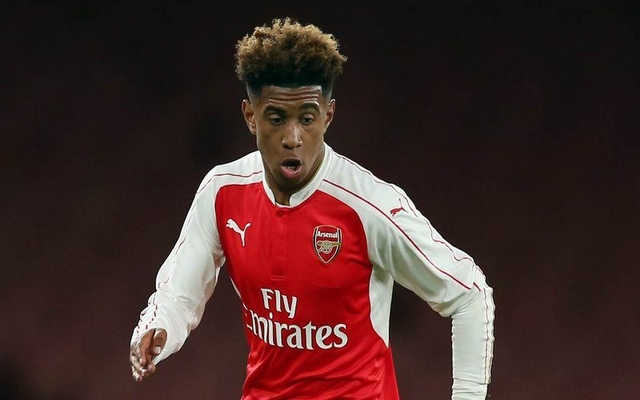 Arsenal icon Thierry Henry has tipped Reiss Nelson to become a star, although he warns that he’ll have to continue to work hard to reach his full potential.

The 17-year-old has impressed through the youth ranks at the Emirates, while he’s made an impression for the senior side in pre-season and in fleeting appearances so far this year.

Now he’ll hope to prove himself under Arsene Wenger and try to force his way into his line-up on a more regular basis, and aside from revealing he spotted his talent early on, Henry believes Nelson has what it takes to grow and mature into a key figure for Arsenal moving forward.

“I worked with Reiss when I was at the Arsenal Academy and I was so impressed with him. He has all the attributes to make it,” Henry told The Sun.

“At the Academy, he was training and playing with the Under-18s — and he was only 16. But he was so good that, after two or three months, we felt he was wasting his time.

“Now, having all the attributes to make it and actually making it is a massive gap. He has desire, confidence and a great attitude. He will run at you and be brave on the ball. He is quick — and not just across the ground. He is quick in the mind, he understands the game.

“He is direct, there is no inefficiency, no messing around for the sake of it. But you know when you a see a player and you just want him to get the ball? He is that player. He has that ‘thing’. The rest is up to him.”

Nelson’s surely at the right place in Arsenal and with the right manager in Wenger to get opportunities, as the veteran tactician has never been afraid to give young players a chance.

While some have fared better than others which is natural, Nelson will hope to be the latest success story and make a real name for himself in the senior squad.

If he can prove himself in a bit-part role this season, the fact that the likes of Mesut Ozil, Alexis Sanchez and Jack Wilshere to name but a few are coming to the end of their contracts, he could be given a more prominent role next season and beyond if they move on.