The England international swapped the Emirates Stadium for Goodison Park in January, bringing to an end 12 years with the club working under Wenger.

MORE: Next Arsenal manager to be given near-impossible job in the transfer market

Back in the day, Wenger and Allardyce enjoyed quite the rivalry, with Big Sam’s Bolton sides known for rubbing Arsenal up the wrong way with their long-ball tactics – so this put-down seems an ideal way for Walcott to do his old manager proud.

Walcott is now playing under Allardyce at Everton and couldn’t hide the fact that he’s clearly a level below Wenger in terms of his management style and methods.

According to the Metro, the 29-year-old had a big smile on his face as he struggled to hide his amusement in an attempt to compare the two managers.

‘Yeah they’re on completely different levels of the way they manage. I think everyone can tell that,’ he told Sky Sports after scoring the winner for Everton in today’s game against Newcastle. 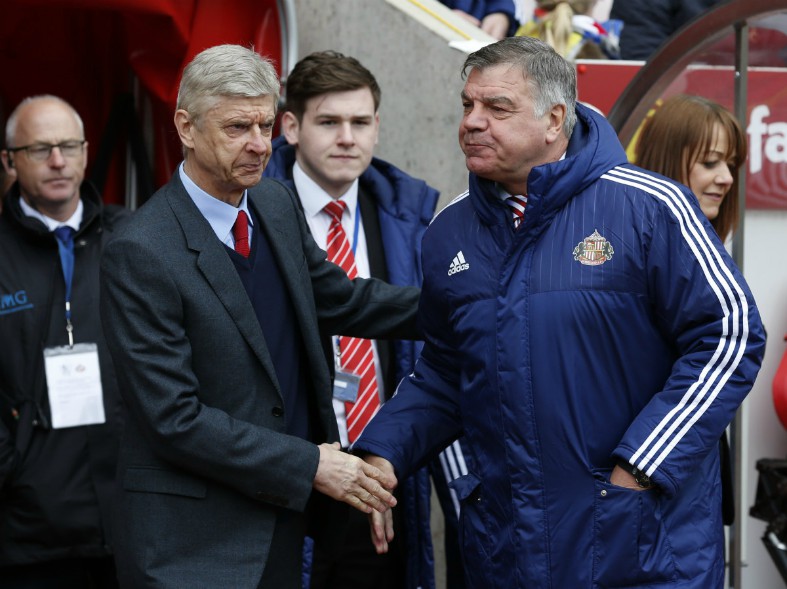 Arsene Wenger is on another level from Sam Allardyce, says Theo Walcott

‘A word on Arsene, obviously, leaving Arsenal. A fantastic man, a fantastic manager. I can’t thank him enough for what he did for me at such a young age to have that faith in me.

‘Now I’m here with Sam and again he’s shown so much faith in me. I just want to repay that to him personally and this team. I want to work hard. The team and myself worked really hard tonight.’

Wenger announced last week that he’d step down as Arsenal manager at the end of this season after an incredible 22-year reign in north London.

The Frenchman may have lost his touch a little in recent times but won three Premier League titles and seven FA Cups with the Gunners.