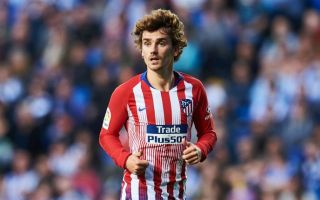 Atletico Madrid are reportedly eyeing up the potential transfer of Arsenal striker Alexandre Lacazette as their replacement for Antoine Griezmann.

French source Le 10 Sport claim the Gunners face interest in their star forward from Atletico amid speculation over Griezmann’s future this summer.

The 28-year-old has gone public this week as saying he’s going to be leaving Atletico at the end of this season, with Sky Sports reporting that Barcelona are set to trigger his £108million release clause.

Le 10 Sport also mention Barca as potential suitors for Lacazette as a backup plan to Griezmann, while Atletico also have their eyes on Paris Saint-Germain front-man Edinson Cavani as an alternative to Lacazette.

So, at the moment this could clearly go a variety of ways, but it’s far from ideal for Arsenal that two of Spain’s biggest clubs are chasing one of their best players.

Lacazette has 19 goals for Arsenal this season, despite not always being a starter in Unai Emery’s side, and could clearly shine in a more creative team with better players.

The 27-year-old was prolific in his time at former club Lyon and has done well with limited service in a struggling Arsenal side, so may well fancy a change, especially if the north Londoners fail to win the Europa League and thereby qualify for next season’s Champions League.