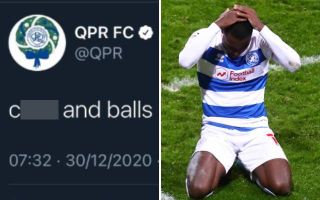 QPR’s Twitter account was hacked on Wednesday morning, with the person responsible sending out some truly disgusting stuff on behalf of the club.

You would think that football club’s social media channels would be kept under lock and key, with all those who have access to them posing as the face of the club.

One prankster manged to wriggle his way into QPR’s Twitter account early this morning, though, and took full advantage, sending out some extremely unpleasant tweets.

MORE: Former Bundesliga star Raul Bobadilla faces ban after getting his PENIS out during goal celebration

See below an example of what was posted on QPR’s Twitter this morning. 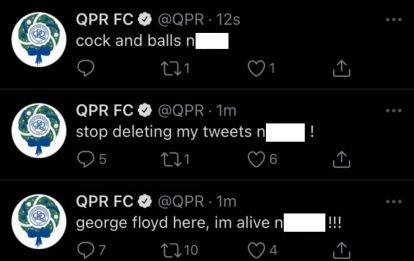 Not only have they gained access to QPR’s account without permission, but they’ve tweeted some despicable, racist stuff at the club’s expense. It’s not a good look for the West London outfit at all.

All we can hope is that the person responsible is identified and punished in due course. Although, you struggle to think how that would be plausible.