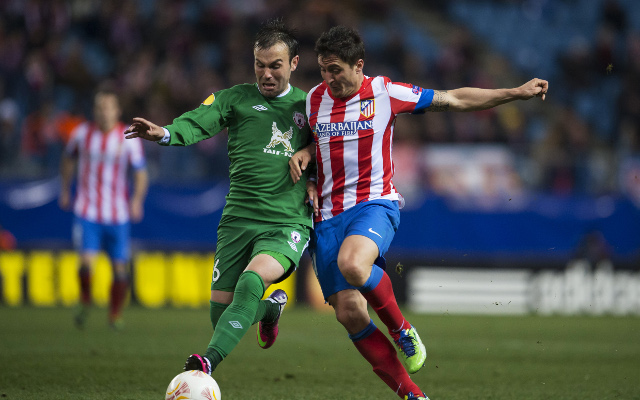 Tottenham are looking into the possibility of signing Rubin Kazan’s Bibras Natkho according to Tutto Mercato Web.

The Israeli midfielder is reportedly keen to seal a move away from the club and has spurned Kazan’s offer of a new contract.

Natkho is thought to be keen to test himself at a higher level and has targeted a summer move to one of Europe’s top leagues.

That has sparked the interest of Tottenham Andre Vilas-Boas, who is keen to bring in midfield reinforcements this summer in anticipation of a season in the Champions League.

But Natkho has been attracting the attention of a number of European scouts and Tottenham are likely to find themselves with stiff competition for the player’s signature.

Sevilla are also thought to be keen on the player and sent their scouts to watch Natkho during Kazan’s 3-1 Europa League defeat to Chelsea.

Natkho’s agent remained coy though when questioned about speculation regarding his client’s future insisting that nothing concrete had yet been decided.

Former Manchester United and Everton midfielder, Andrei Kanchelskis, has given Natkho his support about a potential move to England.

The former Russian international stated that he believes Natkho has what it takes to be a success at Premier League level.