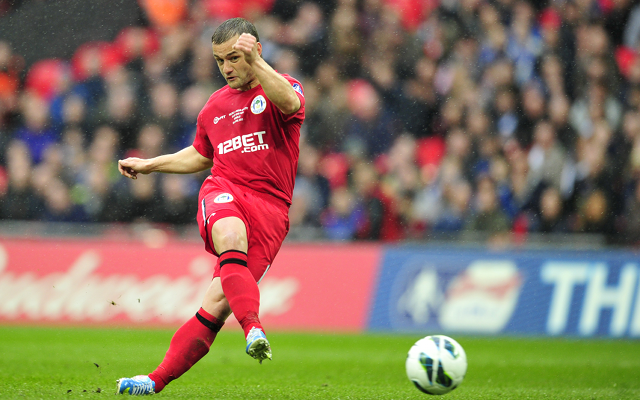 Wigan Athletic boss Roberto Martinez has praised the recent form of Shaun Maloney but has admitted he has fears of losing him this summer as he believes that the Scottish international belongs on a bigger stage, The Metro reports.

The 30-year-old has been instrumental in keeping The Latics within touching distance of safety as he created two of the goals in this weekend’s 3-2 win over West Bromwich Albion.

Martinez will again look to the diminutive winger to inspire another dramatic victory against Swansea this week as the club hope to pile the pressure on Newcastle United and jump above them out of the relegation zone.

However, the Spaniard has also admitted that he belongs on a bigger stage and fears losing him this summer as other clubs will surely be interested in taking him off their hands.

“Shaun Maloney could have been born in any other country in terms of the technical ability and the quality he has,” he said.

“When he first joined us he took a bit of a time to get used to the pace of the league but he’s been magnificent since he started playing regularly.”

“Shaun can play in any team. He has the quality of any other top player in that position.”

“I wouldn’t be surprised if a club with more tradition and bigger power looks at him but that’s a compliment to us.”

Maloney has scored six goals in 37 appearances for the club this season.