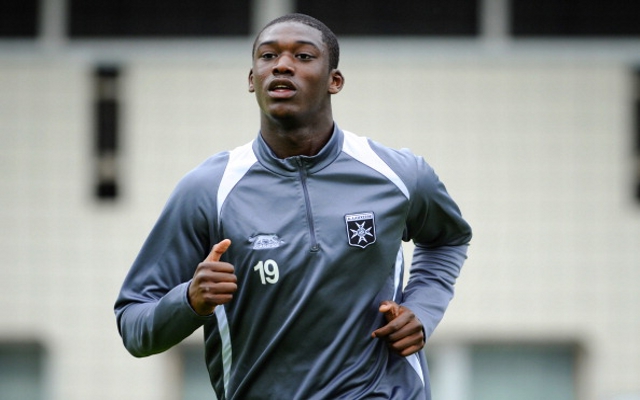 Reports in France suggest deal is done for youngster to join Arsenal.

Arsenal are claimed to have completed a deal to sign young Auxerre striker Yaya Sanogo for next season, according to French media outlet RMC Sport.

The 20-year-old has attracted a lot of attention from several of Europe’s big clubs following his prolific form for Ligue 2 side Auxerre, and at youth level for France, and it seems the Gunners have won the race for his signature.

Sanogo’s current contract with the French club expires in June, and he will be free to pen a four-year contract with Arsenal, making him the club’s first signing of the summer.

The youngster may not be the big name that many Arsenal fans are crying out for, and his recent record with injuries may also prove something of a concern, but manager Arsene Wenger has a good track record of unearthing young talent, particularly from his native France, and Sanogo looks like a player with great potential.

Sanogo has scored eight goals in 11 Ligue 2 appearances thus far this season, this despite the fact that Auxerre are languishing in mid-table.

And he may not be the only striker brought in this summer, with the Gunners being linked with some bigger names to play upfront, such as Stevan Jovetic of Fiorentina and even Manchester United’s Wayne Rooney.