German international Ozil prepares for upcoming friendlies against Italy and England by starring in the photo shoot promoting his nation’s excellent new strip which is being released some time ahead of the 2014 World Cup finals.

Ozil has perhaps failed to hit the dizzying heights he reached in his first couple of months at Arsenal, putting in fairly average displays in recent weeks, but no doubt Gunners fans will be wishing that their star turn not only avoids any injuries during the international break but that the former Real Madrid man can return to North London with a bang. 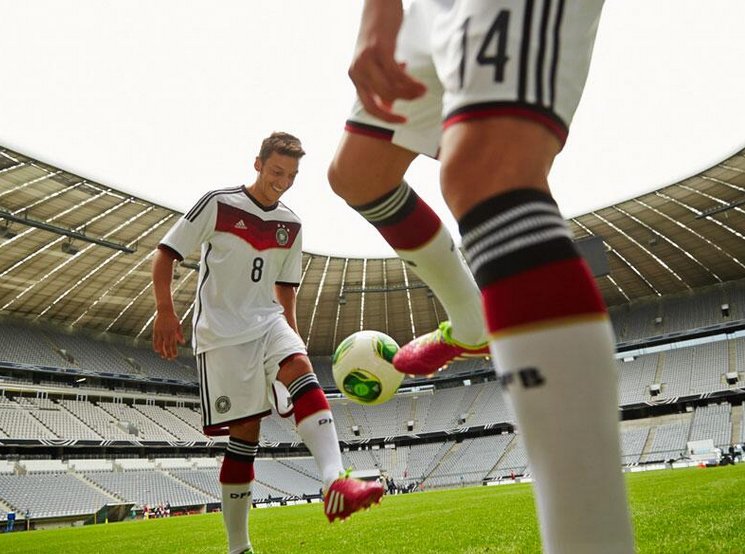