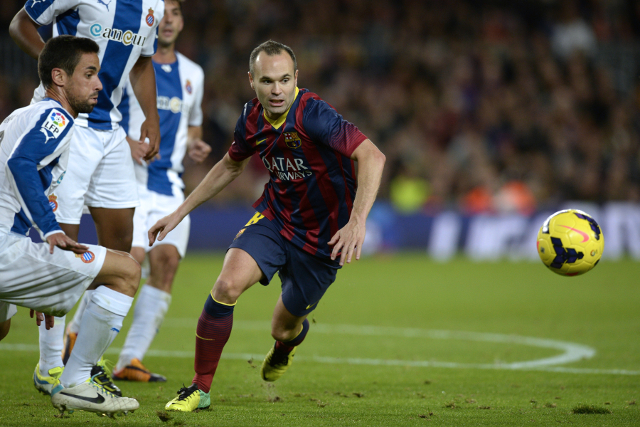 Man United are preparing a sensational January move for Barcelona midfielder Andres Iniesta according to the Daily Mirror.

The 29 year old is out of contract in 2015 but is apparently openly looking for a Nou Camp exit before the end of his deal after growing dissatisfied with life under new boss Gerardo Martino and is said to have been furious with the sacking of physio Emili Ricart who has helped him overcome a number of serious knee complaints.

Contract negotiations between the Catalan club and Iniesta have broken down and David Moyes is ready to test the waters with a bid for the Spanish international.

Moyes could well do with some added creativity to boost his brittle midfield as the addition of Marouane Fellaini has as yet failed to make all that much of an impact, not least as the Belgian appears to be used primarily in something of a holding role.

Iniesta moved to Barcelona age 12 and is into his 12th season in the first team set-up and has made a total of 474 appearances for the club helping the Blaugrana to six La Liga titles and three Champions League successes.