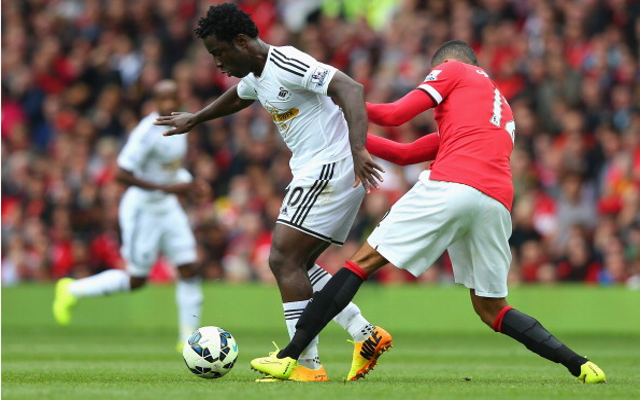 Check in to Swansea City vs West Bromwich Albion

Tottenham are said to be on alert as Swansea City reportedly consider the sale of star striker Wilfried Bony according to the London Evening Standard.

The south Wales side are open to offers for the Ivory Coast international though will demand £24m for the 25 year old, twice the fee Swansea City paid Vitesse Arnhem paid for the powerful forward last summer.

Liverpool have previously been linked with an interest in Bony but having signed Mario Balotelli one imagines such a move is unlikely and Tottenham have previously held talks on the matter and are still said to be keen on signing a new striking option.

Bony netted 25 goals in his debut season at the Liberty Stadium and having lost Michu, Ben Davies and Michel Vorm one imagines boss Garry Monk wouldn’t want to lose any more of his top talents.

Tottenham boss Mauricio Pochettino has been strongly linked with an interest in Man United’s Danny Welbeck but may elect to shift his attentions to Bony instead.