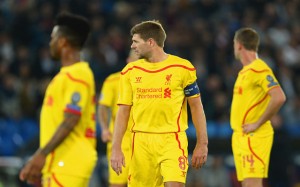 Liverpool will be grateful to still be in with a realistic chance of qualification, having not played particularly well in any of their first three matches. They were massively lucky to sneak a 2-1 victory against Ludogorets in their opening game, and were woeful during their 1-0 defeat in Switzerland against Basel.

They were then outclassed by Real Madrid, who scored three first-half goals to see them through to a comfortable win at Anfield. The Reds vulnerability in defence was exposed, and they were beaten within 40 minutes. Luckily for Brendan Rodgers’ team, Ludogorets win against Basel ensured that all three of Madrid’s rivals have taken three points from three games. The Merseyside club now know that, regardless of their result in Spain, two wins in their last two games will take them through.