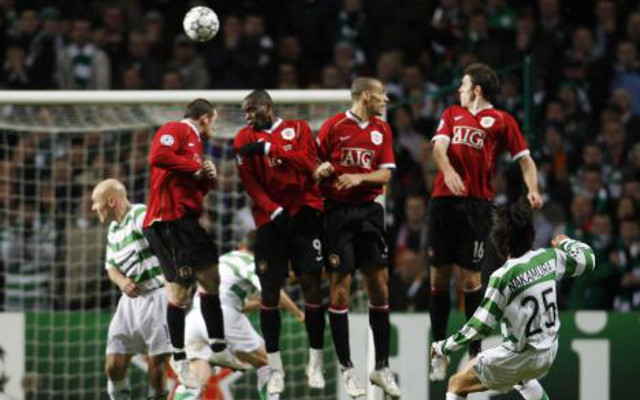 With over 100 appearances for Celtic, Japanese midfielder Shunsuke Nakamura is fondly remembered by fans of the Scottish giants; especially for his fantastic set pieces. Back playing in Japan now however, he took part in a TV show which involved him performing an incredible stunt.

The unbelievable piece of skill sees Nakamura demonstrate his pin-point free-kick accuracy, by knocking the ornament off a wedding cake.