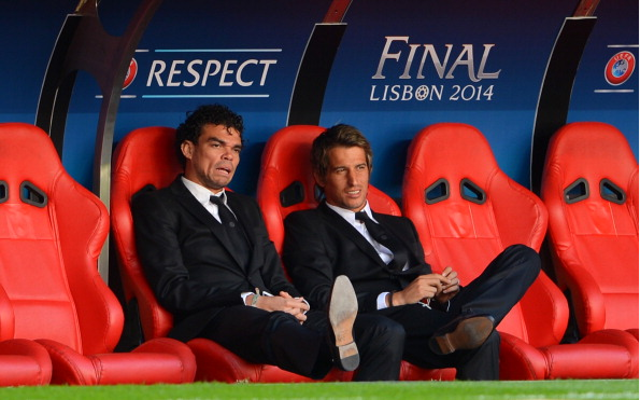 The full back has found first team opportunities difficult to come by…Arsenal transfer target Fabio Coentrao has been told he can leave Real Madrid according to the Mirror.

The Portuguese left back is second choice behind Brazilian Marcelo in Carlo Ancelotti’s first team plans and is reportedly being chased by Arsenal, Liverpool and Manchester United.

Coentrao had been the subject of a proposed 2013 deadline day loan move to Manchester United before it collapsed but the Red Devils will now face competition if they are to follow through their interest in the player.