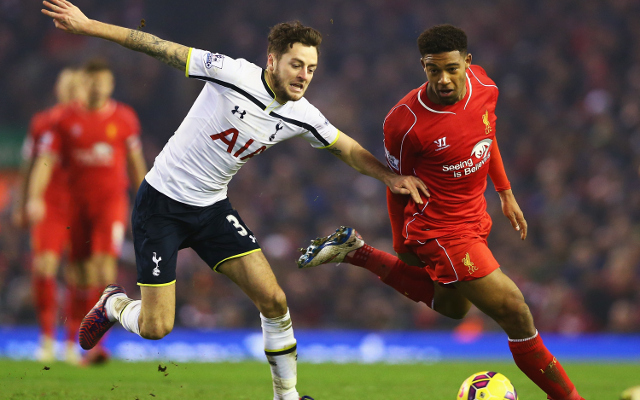 Is Jordon Ibe ready to be handed his first England cap?

Liverpool winger Jordon Ibe is reportedly close to receiving his first senior England call-up, but not necessarily because Roy Hodgson feels he deserves one, according to the Mail.

Ibe has played for England at various youth levels, but is yet to have been called up the full team, and Nigeria are looking to capitalise on the situation. The 19-year-old qualifies for the African nation through his father.

The FA are aware of the interest from the Super Eagles and are keen to ensure that the winger is not lost to them in the future.

But, it would be fair to say that Ibe’s call up to Hodgson’s next squad – for the games against Lithuania and Italy – would not be a surprise based on his club form.

Ibe spent most of this season on loan at Championship club, Derby County, before being recalled by Brendan Rodgers in January. He has impressed since his return, making six appearances for the Reds in all competitions.