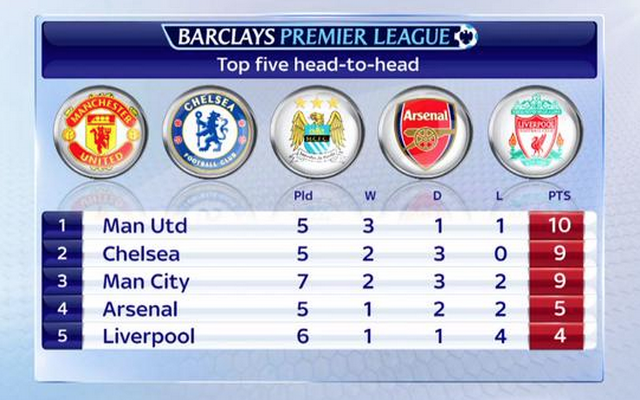 Louis van Gaal has come under intense scrutiny for his ugly tactics since taking over in the managerial hot-seat at Manchester United, but this graphic shows that perhaps the Dutchman deserves a little more credit…

The Red Devils sit top of the head-to-head battles table between the Premier League’s top five clubs – having won three, drawn one and lost one of their five clashes – yet Jose Mourinho’s Chelsea remain the only unbeaten side.

.@ManUtd are top of the head-to-head table between the top five in the @premierleague. #SSNHQpic.twitter.com/s4ZhcCNA3N

Given Manchester United’s appetite for the big games, their absence from the Champions League this season could even be the reason English clubs have failed so miserably in Europe this term.