Jourdan Dunn was looking distinctly underwhelming on Friday as she hit the town in New York to run some errands. The Daily Mail questions why the 24-year-old, the former girlfriend of Liverpool and England striker Daniel Sturridge, can’t even raise a smile.

Maybe she’s feeling some empathy for her former boyfriend, who suffered yet another injury setback following the Reds’ game with Manchester United on Sunday. His slight hip muscle tear, which is due to keep him out for another month, is his 14th injury in two years.

Liverpool must now attempt to manage without their star striker, who has been restricted to just 16 appearances in all competitions so far this season – scoring only five goals, well down on last season’s tally of 24.

Raheem Sterling will likely take over the central striking role for the game against Arsenal next month, with Mario Balotelli, Fabio Borini and Rickie Lambert likely to continue in a back-up role.

As for Dunn, here’s what she normally looks like… 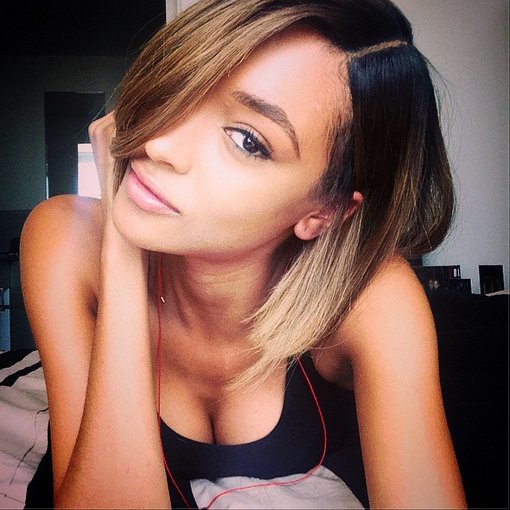