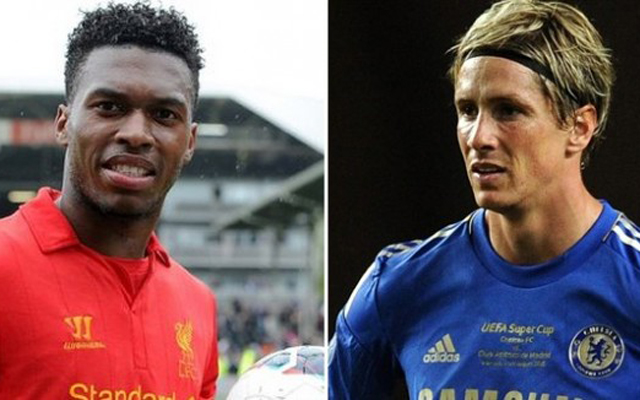 Liverpool fans have this week been facing up to the unwelcome possibility that striker Daniel Sturridge may never return to full fitness. As the 25-year-old prepares to nurse the hip problem which looks set to keep him out for a month, there are many Reds fans who are rolling their eyes.

As was confirmed on Friday, Sturridge has sustained 14 injuries since joining the Reds from Chelsea in January 2013, while his career tally stands at an ominous 31. He’s already missed five months of the current season, and people are beginning to lose patience.

Sturridge is a fabulous player when fit and firing, as proved by his 24 goals in all competitions last season. However, he’s only three times featured in more than 30 games in an entire campaign, and Brendan Rodgers must have concerns over his durability.

Now that he’s in the peak years of his career, the demand being placed on him by both club and country is only likely to grow. At Chelsea he was little more than a squad player, but now he’s the main man.

Liverpool have already played in five different competitions so far this season, and could conceivably face a similar fixture pile-up next season, with European football of some description all but guaranteed. Will he be able to start 40 plus games in a season?

Sadly, the answer is probably not. The Reds are already preparing themselves for a major summer overhaul of their pool of strikers, with the Daily Mirror suggesting that Fabio Borini, Mario Balotelli, and Rickie Lambert could all be set to leave the club. So why not go one further.

Despite scoring only five goals in all competitions so far this season, if Sturridge can finish the season well his value is still likely to be at an all time high. With Borini, Balotelli, and Lambert unlikely to fetch much in the way of transfer fees, would it be so ridiculous to suggest the Reds sell Sturridge, cash in, and reinvest the money on a player capable of complimenting Raheem Sterling and Divock Origi?

The vast majority of Liverpool fans would be loathe to lose Sturridge, who’s totalled 40 goals in 65 games for the club. But surely the best case scenario is that they bite the bullet now, and ensure that one of their highest paid players doesn’t continue to waste away on the Anfield sidelines.

It’s a scenario that’s similar to the one that saw Fernando Torres leave for Chelsea in 2011. The Reds took a player who, despite 81 goals in 142 games, was on the way down, and sold him for £50m. That money was then used to sign Luis Suarez and Andy Carroll, who admittedly endured considerably mixed fortunes during their time at the club.

During his three full seasons at the club, the Spaniard played 33 Premier League games, then 24, then 22. The Liverpool hierarchy spotted a worrying trend and took advantage of his reputation before his form began to correspondingly fall away.

Now could be the time to do so again.