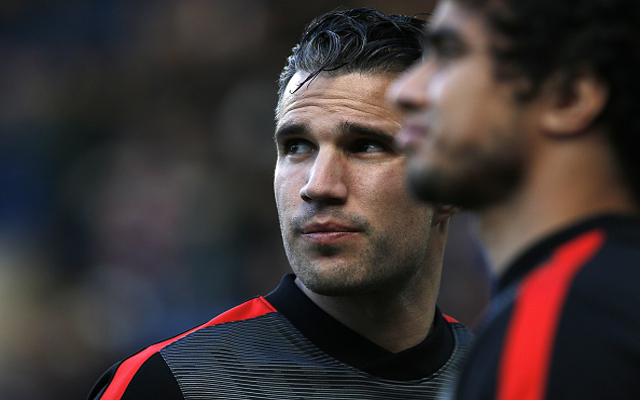 The Bernabeu side are keen to strengthen their central striking options and are likely to pass on any move to make Javier Hernandez’s temporary move a permanent one and will instead express their interest in 31 year old Dutchman van Persie.

The former Arsenal man hasn’t had the best of seasons, notching up just ten Premier League goals, and as he has just over a year to run on his current contract this may be the opportune time for Man United to secure a meaningful fee for the experienced marksman.

Van Persie may be tempted by a fresh challenge, especially if he feels confident of ousting Karim Benzema as Real Madrid’s chief centre-forward, though a lot could depend on what the future holds for boss Carlo Ancelotti.

The Italian has seen Barcelona secure the La Liga title and Real Madrid surrendered their Champions League title having suffered defeat to Juventus in the semi-finals.

Van Persie bagged 30 goals in his debut season at Man United, during which he helped Sir Alex Ferguson clinch a Premier League title, but things haven’t gone all that smoothly over the past two seasons and an exit seems plausible.