Pogba’s future resolved? Decide for yourselves…

Manchester City and Chelsea target Paul Pogba has been pictured as part of the launch of Juventus’ new home kit for 2015/16, suggesting he could be staying in Turin for at least another year.

This in turn, however, could also strongly hint his proposed move to Barcelona will be going ahead, with reports earlier today claiming he would be moving to the Nou Camp once the Catalan giants’ transfer ban is lifted. 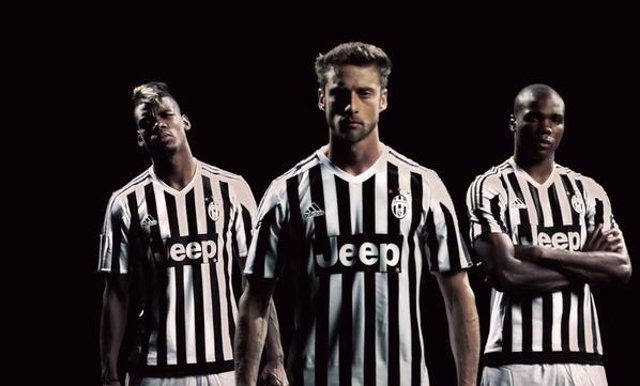 This move appeals most to Juventus, who would be able to agree his sale but keep him for another season, though this will no doubt be a big blow for the likes of City and Chelsea who’d hoped to bring him to the Premier League.