How Man United look set to line up vs Tottenham.

Manchester United host Tottenham in their first game of the new Premier League season, and could be fielding a rather different lineup by that time if the club’s transfer plans go as expected.

Could this be the Manchester United XI that Louis van Gaal picks in just two weeks’ time?

Signed on a free transfer, Sergio Romero now looks set to become United’s number one after speculation that David de Gea is closing in on his move to Real Madrid.

Set to become first choice at right-back, Matteo Darmian has joined from Torino this summer and should have a key role to play at Old Trafford.

Impressive in pre-season, Luke Shaw should become first choice at left-back this season after a difficult first year at Old Trafford. 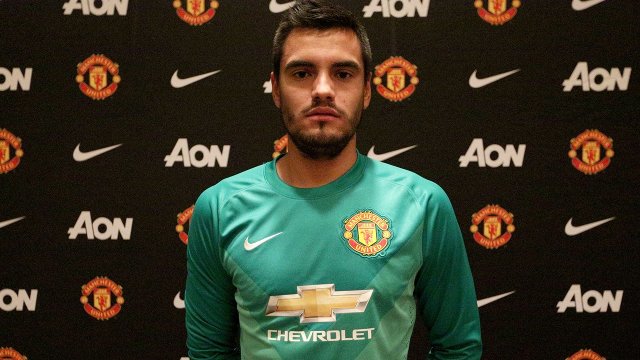