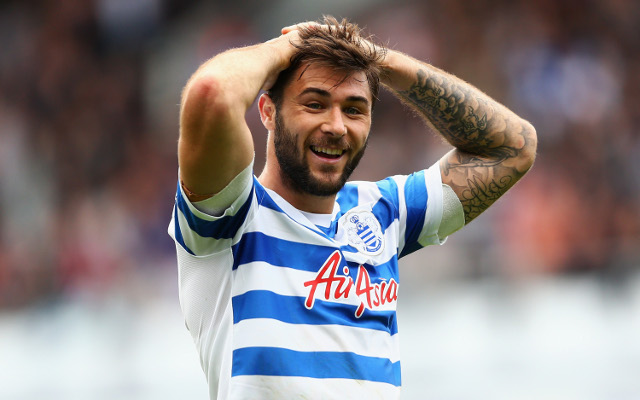 The Metro report that Sky Bet have dropped United from 33/1 to 5/2 to sign the Championship hitman, who managed 18 goals in 36 outings for the Hoops last season.

While Austin thrived in the Premier League, he failed to save the Rs from relegation, although having already proved himself in the top flight, he appeared set for a return to the EPL this summer.

However, it would be something of a surprise should United eventually secure the Englishman’s signature, with a whole series of sides appearing closer to recruiting the forward over the last few months.

The Metro report that both Everton and West Ham United are both considering a move for the forward.

Earlier in the month, the Mirror reported that Tottenham Hotspur were planning a move for the striker, and were prepared to meet Rangers’ reported £15 million asking price.

The tabloid also note that Newcastle United and Leicester are keen on the 26-year-old, although as yet, the pair have proved unwilling to meet United’s asking price.

Having fallen to a surprise 2-1 defeat to Swansea City on Sunday, coming after a 0-0 draw with Newcastle United, Louis van Gaal appears to have finally realised that he will need to strengthen his attacking options in order to compete for the Premier League title.