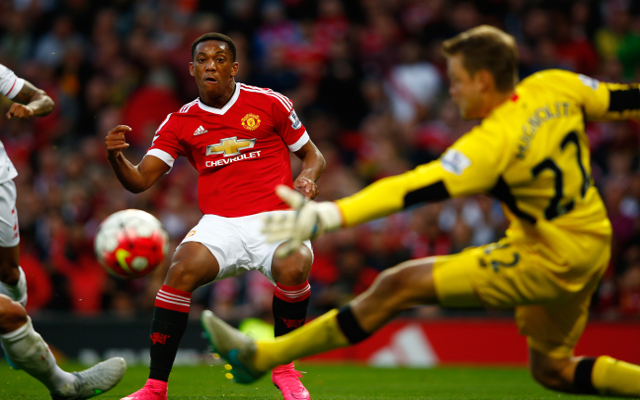 Anthony Martial has certainly made a great impression on Manchester United fans since moving to the club from AS Monaco. In a recent interview, club great Sir Alex Ferguson has explained why he too is impressed by the new addition.

Martial moved to Old Trafford on a £36 million move from the Ligue 1 side, according to the BBC, with the same source noting that the fee could rise to £58 million.

Due to the eye-watering transfer fee, as well as the demands of playing for a major side like Manchester United, there has been considerable pressure on Martial over the last few weeks, as he has taken his first steps as an Old Trafford player.

However, the French forward has been wholly impressive thus far, scoring four in four to date, and adding energy and pace to the United forward line.

The hitman has become the darling of the Old Trafford supporters, and also has a particularly high-profile admirer in former United boss Ferguson, who has sung the youngster’s praises to the Mirror.

“The boy Anthony Martial, he can be anything,” the veteran manager began. “What I like about the boy is that he doesn’t panic. I don’t think you can teach that.

“He’s been through on goal three times now and he’s never panicked once.”

Commendation such as this from the veteran coach should not be taken lightly, with Ferguson having seen many bright talents pass through his hands during his tenure at the club. While many of those failed to make the great, Martial’s composure and finishing skills should ensure that he realises his potential in the Premier League.