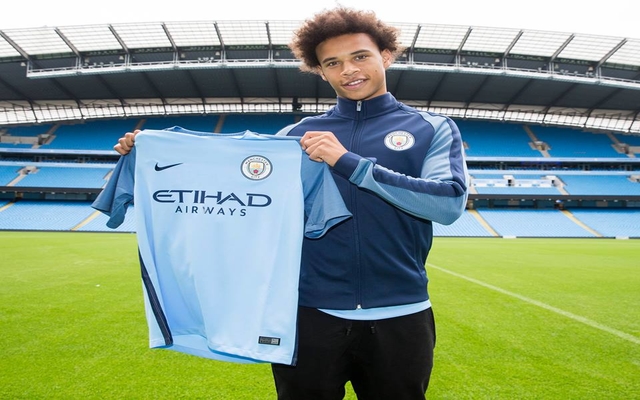 The countdown to the Manchester derby is well and truly on, and Manchester City boss Pep Guardiola has received a boost from Leroy Sane.

As noted by BBC Sport, the 20-year-old arrived in a £37m deal from Schalke this summer, signing a five-year deal with the club.

However, he has been held back by a hamstring injury since his arrival, but has confirmed on Twitter that he’s ready to play his part and make his debut for the club.

“I feel good now, my hamstring is fine so I’m looking for to finally getting started!”

I feel good now, my hamstring is fine so I’m looking for to finally getting started!?? #mcfc #inSané #LS19 @ManCity pic.twitter.com/OYFQnRweYp

Pep Guardiola will be without Sergio Aguero for the next three matches after the Argentine forward picked up a suspension following an incident involving West Ham United’s Winston Reid, and so the City boss will have to reshuffle things up front in the coming weeks.

While Sane may have to be content with a place on the bench for the Manchester derby on Saturday, he’ll undoubtedly play a key role in his side’s progression as the season goes on and will undoubtedly be itching to get started.

His technical ability and quality on the ball make him a perfect fit for Guardiola’s team, and he’ll hope to prove that on the pitch in the months to come.