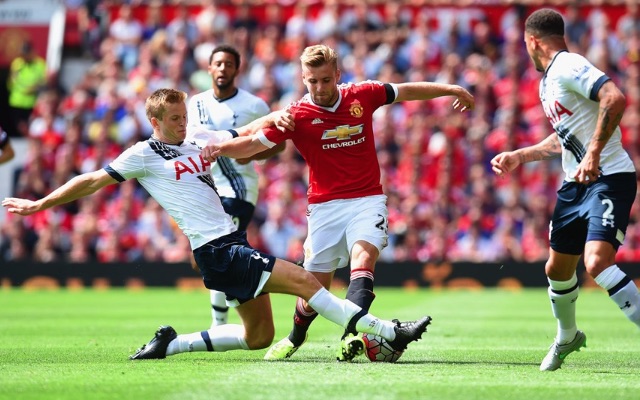 Man Utd haven’t yet completed the signing of Romelu Lukaku, but Jose Mourinho is reportedly already looking at bringing in his third marquee summer signing.

As reported by Sky Sports, although United have agreed on an initial fee of £75m for Lukaku, Everton are waiting for them to meet their full demands of £90m with various add-ons included.

In turn, with the club’s pre-season tour getting underway next week, Mourinho will be hopeful that a full agreement can be reached over the Belgian international as soon as possible, and that will allow him and the club to focus their attention elsewhere.

Having already signed Victor Lindelof to bolster the backline, the midfield is likely to be the next destination for Mourinho, and The Telegraph claim that he’ll launch a £50m bid for Tottenham ace Eric Dier.

In addition, the Manchester giants are ready to double his wages by offering him a £150,000-a-week package, and will offer him a permanent role in midfield, his preferred position having also been deployed in defence by Tottenham too.

It comes after United’s hopes of signing Nemanja Matic have taken a hit, and so Mourinho has been forced to look elsewhere as he bids to bring in a defensive midfielder to help add steel and defensive solidity to his team which will ultimately see him strengthen the backbone of his team.

It’s surely going to be tough to convince Spurs to sell though, as Mauricio Pochettino is already battling to keep hold of other key players including Kyle Walker, and the north London outfit will desperately want to avoid losing others.