Arsenal have agreed a £60m deal in principle from Manchester City for star player Alexis Sanchez in principle, so say The Mirror. 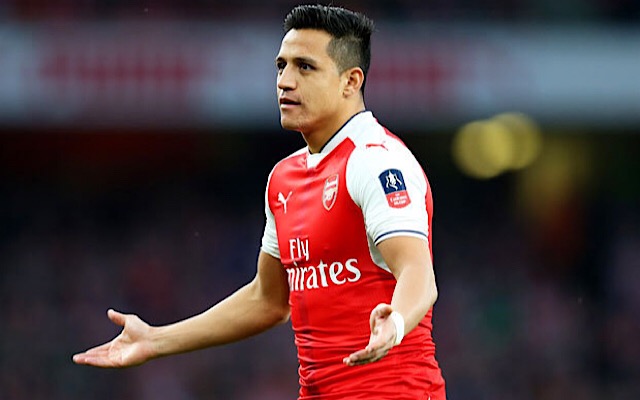 The paper claims a second bid for the Chile international was tabled on Thursday afternoon after a £50m bid was rejected by the Gunners yesterday.

They understand that the deal includes a £55m initial fee with £5m add-ons.

Arsenal are said to be waiting on a response to a £90m bid for top target Thomas Lemar of Monaco, per The Mirror, before officially agreeing to the deal.

City boss Pep Guardiola has been keen to bring in Sanchez since he arrived in Manchester last year but has been unable to break Arsenal manager Arsene Wenger’s stubbornness.

The Mirror claims 28-year-old was the subject of interest of top European clubs such as Bayern Munich and PSG, but both withdrew their interest due to the extortionate £400,000-a-week contract demands.

The report says the former Barcelona man would receive a £300,000 contract but lucrative add-ons would bump this up to nearer of what the striker demands.

Sanchez is currently away on international duty with Chile, as is Lemar with France.

This move could spark a late domino effect tumbling around Europe where one team will ultimately end up losing out by hook or by crook.