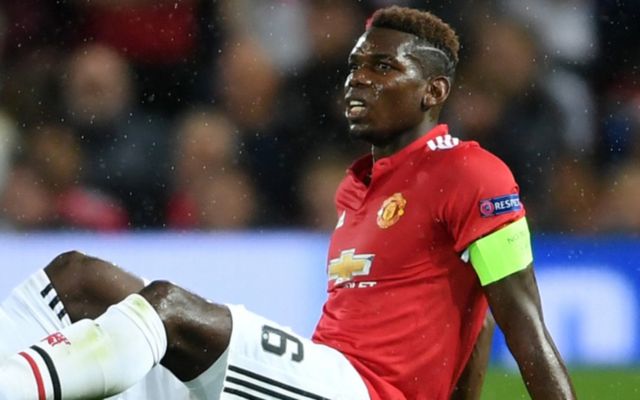 Man Utd have reportedly consulted with Finnish surgeon Sakari Orava over whether or not midfielder Paul Pogba needs surgery on his injured hamstring.

The French international sustained the injury during the Champions League win over Basel earlier this month, and he has been tipped for a lengthy spell on the sidelines.

According to The Sun though, Man Utd will make a decision on whether or not he needs to go under the knife for the best possible recovery, and they’ve consulted with the man who recently operated on Barcelona star Ousmane Dembele after he sustained a similar setback.

Pogba has gone through further tests this past week after an initial scan and it’s claimed that because his condition hasn’t improved, United have now taken into consideration the possibility of surgery.

What is clear is that he’ll be sidelined for the Champions League tie with CSKA Moscow next week and the Premier League clash with Crystal Palace next weekend.

With a two-week international break following that, it gives him more time to recover, but if Man Utd and the 24-year-old go down the surgery route, then he could be looking at a much lengthier spell out.

As tweeted by freelance injury analyst Ben Dinnery below, who works for the likes of ESPN, Metro and Sky Sports, when Ashley Young and Michail Antonio underwent hamstring surgery, they were ruled out for 109 and 125 days respectively.

Now each player is different and Pogba may have a quicker rate of recovery, but that gives an indication of how long it takes to recover from hamstring surgery and it doesn’t paint a great picture for Man Utd.

The Frenchman had started the season well and was playing a pivotal role in midfield with two goals and two assists in five games. Pogba might not be adding to those tallies for a while now though but club, player and supporters will hope that perhaps it doesn’t need an operation and he can recover with time out and a tailored rehabilitation programme.