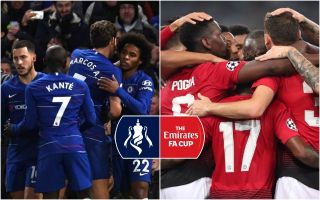 What channel? BBC One

Gonzalo Higuain. Chelsea’s January signing will surely be starting up front for this big game – the kind he was brought in to influence.

The Argentina international has had a decent start to life at Stamford Bridge, but he can become a hero if he settles this challenging cup tie.

It is not entirely clear what kind of defence United will be selecting for this game, but basically every centre-back other than Victor Lindelof has had a suspect season.

Higuain can exploit this if he’s given the right service, so Chelsea fans will hope to see their team take the initiative at home and provide the ammunition their star striker can thrive on. 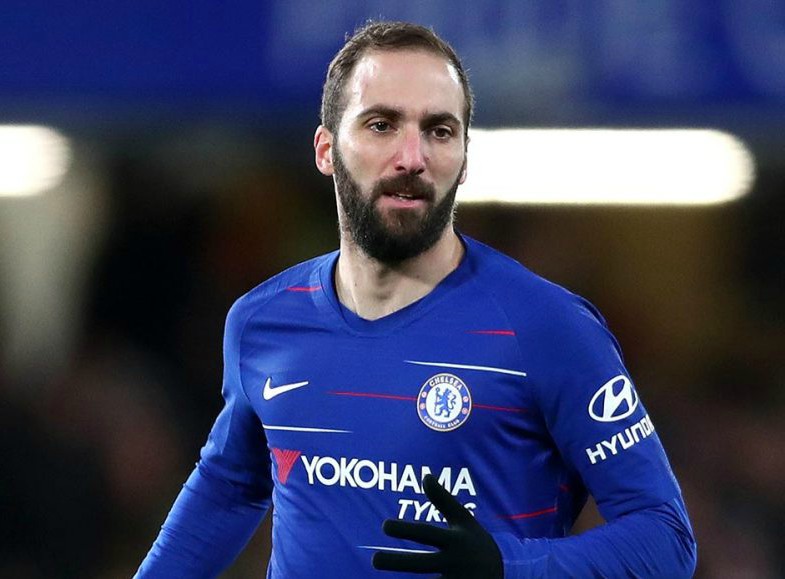 Gonzalo Higuain in action for Chelsea

For United, Paul Pogba will be one to watch as he basically always is. The France international will be hoping to respond after being sent off in that disappointing defeat to PSG, and is the kind of player who can give Jorginho nightmares.

It will be interesting to see if, for once, Maurizio Sarri can be tempted to try changing his ways and use N’Golo Kante in a deeper role to deal with the threat of Pogba, though we wouldn’t bet on it. If that’s how it goes, Pogba could get a lot of joy in that number ten area.

Well, as you may remember, Chelsea were absolutely battered by Manchester City in their last Premier League game, conceding six at the Etihad Stadium – their worst defeat in the Premier League era.

Their away form has generally been poor, having also lost 4-0 to Bournemouth and 2-0 to Arsenal in recent Premier League outings, though at home they’re looking better.

Man Utd, meanwhile, are in excellent form, winning ten out of their twelve games under Ole Gunnar Solskjaer, drawing once and losing for the first time under the Norwegian against PSG.

MUFC have what it takes to bounce back from that defeat, with Chelsea nowhere near as good as the French giants, but of course the taste of defeat after so long might also affect confidence in Solskjaer’s squad.

This will be the first time the interim manager has had to pick his players up after a loss, and to do that away at Chelsea is a big, big test of his credentials indeed.

It was a bit of a thriller in their 2-2 Premier League clash earlier in the season.

It seems like a long time ago now, but Jose Mourinho actually coaxed a strong performance from his players against his old side, with a superb Anthony Martial double looking like sending them away from the Bridge with all three points.

In the end, however, substitute Ross Barkley grabbed a last-gap equaliser for the Blues, sparking something of a brawl on the touch-line.

It’s surreal to think that, at that point, Barkley’s goal preserved Chelsea’s unbeaten start to the season as they looked like becoming a real force under Sarri.

How things have changed for the Italian tactician…

Which leads us nicely onto our dugout section, with both these managers in rather different situations going into this game.

The pressure is really mounting on Sarri at Chelsea, as it so often does with managers after a few bad results with the west Londoners.

The Europa League is probably more important for CFC this season as they surely cannot go another season without Champions League football, and winning the FA Cup last season didn’t exactly do much to save Antonio Conte.

Solskjaer, meanwhile, is under little pressure as interim manager, performing superbly so far and putting himself into contention to land the job permanently.

If he can get a win here, United will be one of the favourites to go on and win the trophy, which is not bad considering they didn’t look like picking up any silverware the way they were playing under Mourinho earlier this season.

For United, expectations have been a little lower for some time this season, so they can probably enjoy this match a great deal more. If that means they produce the kind of football they have done in recent weeks, then it’ll be very good news for Solskjaer, both on Monday and come the end of the season.

Well, with that in mind, it’s hard to look beyond an away win here, even if Chelsea are sure to produce something of a response.

It’s also worth noting the Blues have a very strong home record against United, though as their 6-0 defeat at City showed, history is very much there to be changed at the moment.

Short answer: We’re going for a 2-1 win for United.