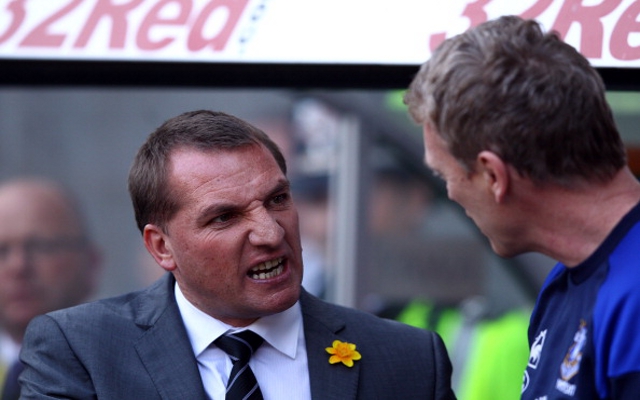 Merseyside rivals Liverpool and Everton are set for a £2million tug of war battle for Chesterfield’s midfield talent Tendayi Darikwa.

Darikwa is one of the hottest properties in League Two – he won Young Player of the Month – after becoming a regular in the Chesterfield midfield this season, and has been watched by a host of big name clubs.

According to the Daily Star, it is Liverpool and Everton who lead the chase for the £2million-rated star, who has made 27 starts for Chesterfield having emerged through the youth ranks at the Proact Stadium.

Liverpool boss Brendan Rodgers and Everton counterpart David Moyes have both sent scouts to watch Darikwa, this season and Chesterfield are resigned to losing their star man – possibly in the January transfer window but more likely in the summer.

Chesterfield boss Paul Cook said: “Tendayi is already a very good footballer. He is going to have a very good career.”

Liverpool remain in the hunt for two other young midfielders with Inter Milan’s Brazilian Philippe Coutinho expected to be unveiled at Anfield before the transfer window shuts and Tom Ince still a possibility to re-join the club who sold him to Blackpool.