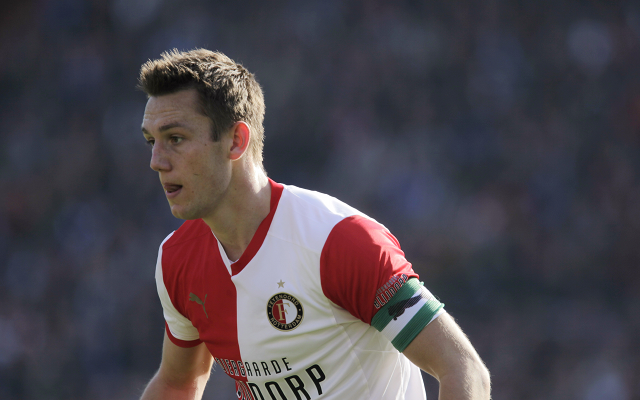 Dutch side insist no contact has been made for centre back.

Feyenoord have denied that they are in talks with another club to sell their highly rated centre back Stefan de Vrij, Sky Sports reports.

The talented 21-year-old has been watched several times this season by the likes on Manchester United, Liverpool and Everton, though reports have suggested that it is the latter who are said to be in poll position to bring him to the Premier League.

However, the Eredivise side have quickly moved to deny those reports linking the Dutch international with a move away.

“No club, including Everton, has made an approach for Stefan,” Feyenoord’s technical director Martin van Geel said.

Feyenoord are currently sat in third place in the Eredivise table, just four points behind leaders Ajax with only a handful of games to go and De Vrij has been a key part to the club’s good form this season.

He has made 29 appearances this term and replaced Ron Vlaar as the club captain after he departed to join Aston Villa last summer. He has made a steady rise to the top of the Feyenoord pyramid since breaking into the squad in 2009-10, making 113 overall appearances for the club.