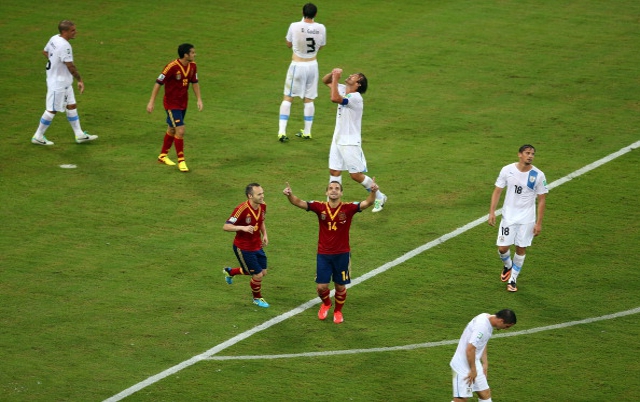 White Hart Lane side hope to bring in Barcelona and Valencia duo.

Tottenham boss Andre Villas-Boas appears to have all but completed his move to bring in Brazilian midfielder Paulinho and will now turn his attention to luring a pair of Spanish strikers to White Hart Lane according to the Daily Star.

Villas-Boas had launched a £17m bid for Valencia striker Roberto Soldado confident that he can persuade the cash strapped La Liga side to accept a fee below the 28 year old’s £26m release clause.

Soldado has proved a massive success since moving to the Mestalla, netting 82 goals in three seasons at the club and it’s the player he replaced at Valencia that Villas-Boas hopes to bring in to line-up alongside the Spaniard in Tottenham’s new look attack.

Andre Villas-Boas is said to be closing in on Barcelona forward David Villa and a £10m offer for the experienced striker has been registered with the Catalan giants.

Villa is likely to leave the Nou Camp having seen his already limited role in Tito Vilanova’s plans become all the more restricted following the signing of Brazilian youngster Neymar.

31 year old striker Villa has struggled to retain a foothold in the Barcelona starting eleven since suffering a lengthy time out injured a couple of years ago and managed just to secure just 17 La Liga starts last term.

Andre Villas-Boas is likely to sell Emmanuel Adebayor and could also consider offers for Jermain Defoe as he seeks to freshen up his Tottenham attack.