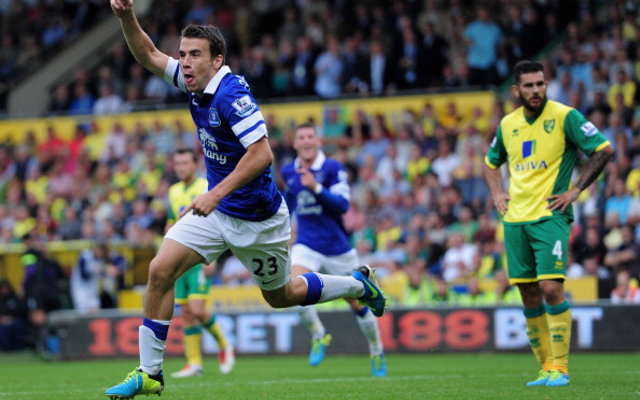 Arsenal are set to make an offer for Everton full-back Seamus Coleman according to the Daily Mirror.

Arsene Wenger looks set to see first choice right-back Bacary Sagna leave in the summer when his current contract comes to a close and the North London club have been linked with a myriad of possible alternatives, though the Gunners do have England man Carl Jenkinson on hand to fill the spot if necessary.

Coleman is into his fifth season at Goodison Park following a move from Blackpool and the attack minded wide-man may be an ideal man to fill the void left by Sagna’s likely departure.

Roberto Martinez would be loathed to lose Coleman as he is one of the first names on the Spaniard’s team-sheet and the Toffees boss could of course be set to lose Leighton Baines on the left side of his defence given the constant speculation of a possible move to Man United.

This source values Coleman at £10m which seems like a fair price to pay in today’s inflated transfer market.

The former Sligo Rovers man has made 118 appearances for Everton and has 20 Republic of Ireland caps to his name.