Stamford Bridge side ready for busy summer of transfer activity.

Chelsea boss Jose Mourinho is said to be set for a very busy summer of transfer ins and outs this summer with a trio of talents identified by the Portuguese manager.

CaughtOffside understands that owner Roman Abramovich will insist that player purchases are covered by sales of those Mourinho feels he can afford to lose as the west London club look to adhere to UEFA’s FFP (Financial Fair Play) guidelines.

Mourinho is ready to trim his expansive squad and will look to address areas he feels are in need of strengthening with the addition of a prolific striker his number one priority. 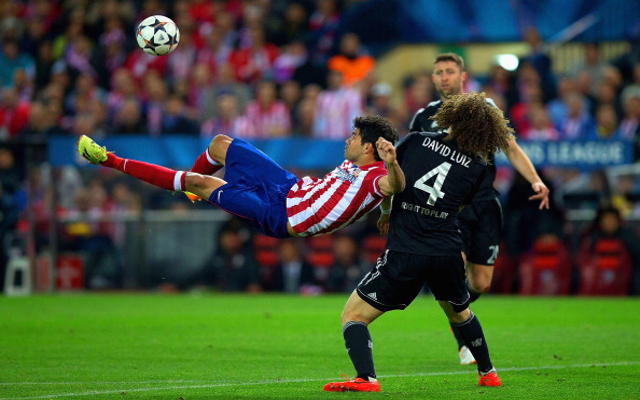 The Chelsea boss has already made his interest in Atletico Madrid ace Diego Costa known and is ready to register a £37m bid for the forward which the La Liga side may struggle to turn down, especially given that the 25 year old will be offered around £160k a week which would more than double his current salary.

Though there is speculation that the 25 year old has a release clause that can be triggered by an offer of £32m we understand that the clause only allows the player to discuss a move with a prospective suitor and is not necessarily the amount that would secure the Brazilian born Spanish international.

Chelsea are ready to make their offer now and will look to complete a deal before the 2014 World Cup finals though the La Liga side may hope to spark a bidding war for the in-form marksman, who has scored 27 goals in domestic league action alone this term.

Mourinho will then look to land Southampon teenager Luke Shaw as a long term replacement for Ashley Cole, with Cesar Azpilicueta penciled in to return to his regular right-back berth next season with PSG chasing Branislav Ivanovic.

Chelsea will offer £22m for the 18 year old England man, who is said to be a Blues fan, and will also offer Southampton a number of inducements dependent on appearances and achievements though will not agree a percentage of future sales with the south Coast side.

Jose Mourinho also wants to bring in Shaw’s team-mate Adam Lallana to act as a replacement for another Chelsea veteran, Frank Lampard, with the Chelsea manager keen to increase his side’s ‘homegrown’ contingent so as to better meet the Premier League guidelines.

Lallana may well be tempted by a move to a club that can offer him a first taste of Champions League football as well as the chance to battle for major honours but could also be reticent about moving to Stamford Bridge without any guarantees of regular first team football.