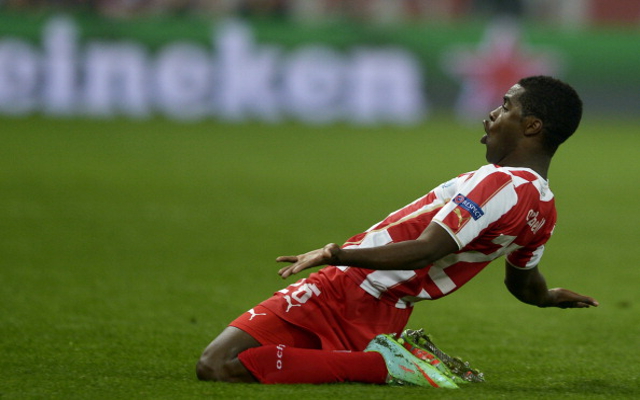 La Liga giants Sevilla are set to enter the race to sign Arsenal striker Joel Campbell this summer and will attempt to beat off all competition for his signature, according to Football Direct News.

The 21-year-old joined the Gunners back in 2011, but is so far yet to record an appearance for the club as he has had to head to Europe on loan because of struggles relating to a work permit.

The Costa Rican turned out for Spanish side Real Betis last term, and he may be on course for a return to the city as Sevilla look to snag his signature from Greek side Olympiakos, where he has been on loan this time around.

Campbell has scored ten goals in all competitions, his best tally in European football so far, and Olympiacos are keen to sign him permanently at the end of the season.

The youngster gained some significant attention during the early stages of the Champions League when he bagged a wonderful solo goal against Manchester United, though it remind to be seen whether he would figure in Arsenal’s first team plans next season.

However, if Campbell can maintain his current run of form he may find that he has a longer line of interested parties than he presently does now.