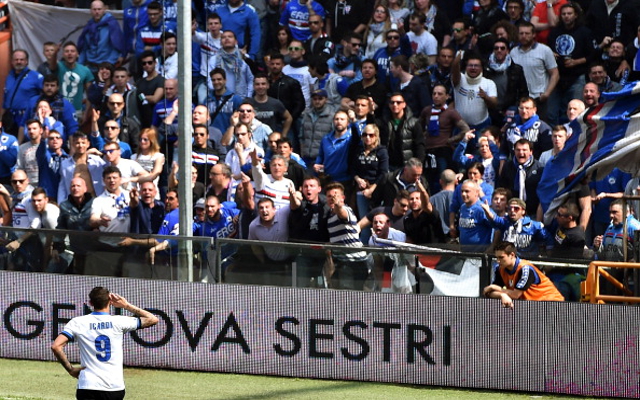 Chelsea have been strongly linked with a move to bring in Atletico Madrid ace Diego Costa but if efforts to pull off that deal fail then Football Direct News claims that Jose Mourinho will target in-form Inter Milan ace Mauro Icardi.

The 21 year old moved to the San Siro last summer and though he has played a limited role in Walter Mazzarri’s starting eleven he has still produced the goods.

Icardi has netted eight goals in 21 Serie A appearances, of which ten were from the bench and the talented youngster may well feel confident enough of making an impact at Chelsea if he were to join the west London club.

Chelsea may well elect to offload a number of their current forwards to make room for potential additions. Both Eto’o and Ba will see their Blues contracts expire this summer and Torres and youngster Romelu Lukaku could be sold to help fund possible big name signings.

Though Icardi has a great deal of potential one imagines Mourinho will fight tooth and nail to sign Costa, who has proven his ability score regularly at the highest level, notching up 36 goals in all competitions this season.