Stern Wenger appears to get strict with smoker Wilshere.

Arsenal and England midfielder Jack Wilshere recently tested the patience of manager Arsene Wenger when he was pictured with a cigarette for the second time in his Gunners career.

Wilshere was back in training this week, after receiving an extended holiday due to his involvement in the 2014 FIFA World Cup.

Arsenal shared the below photo from the training session on the club’s official Instagram page.

The image shows a grimacing Wilshere looking rather tired, perhaps out of breath, while Wenger, with the most serious of looks on his face, gives the 22-year-old a firm instruction.

Don’t mess with Mr Wenger, Jack. After all, the bloke has squared up to Martin Jol and Alan Pardew in the past! 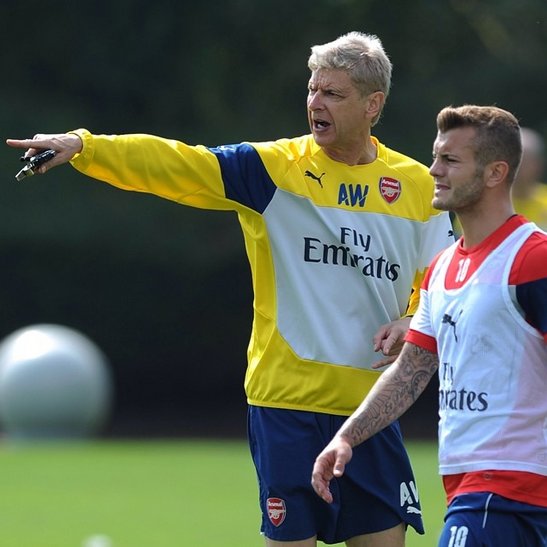