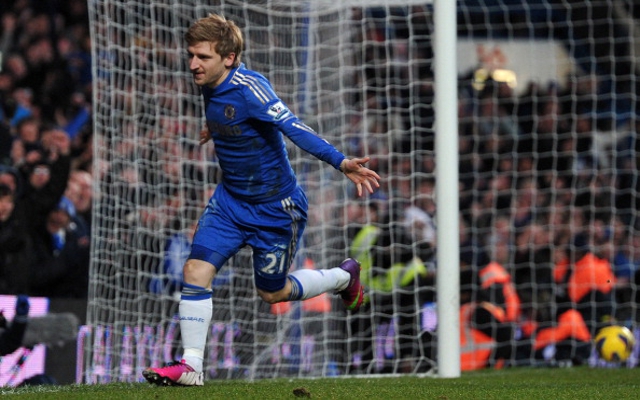 Chelsea look set to let winger Marko Marin leave the club on loan once again, with the Mail reporting that the German is set to undergo a medical with Serie A side Fiorentina ahead of a move.

Marin spent last season on loan with La Liga outfit Sevilla and is no longer required at Stamford Bridge, having fallen well behind in the pecking order for a place in Jose Mourinho’s extremely competitive attacking midfield area.

It seems unlikely that Marin will ever play for Chelsea again, with the loan move taking him to Fiorentina also including a clause that allows them to make the move permanent for a fee of £4.2m.

Despite spending last season with Sevilla, who won the Europa League on penalties against Benfica, Marin was little more than a bit-part player for Unai Emery’s side, who appeared to have little interest in signing him permanently.

Fiorentina, meanwhile, will be on the search for wingers having seemingly accepted the imminent departure of Juan Cuadrado, who looks to be set for either Manchester United or Barcelona.