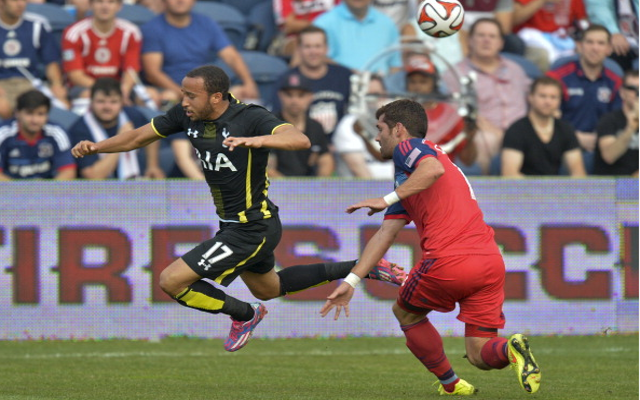 Southampton boss Ronald Koeman is readying a fresh offer for Tottenham winger Andros Townsend having seen an initial bid turned down by the north London side according to the Daily Mirror.

The 23 year old could find himself playing a limited role at White Hart Lane this season and could perhaps be considering his options though the fact that his side have opted to refuse advances for his services may act as a sign of the club’s faith in his abilities.

Indeed Mauricio Pochettino has previously publicly stated that he has no intention of selling the England international but Erik Lamela and Aaron Lennon would appear to be the Argentine’s current first choice starters on the flanks.

It’s also worth remembering that the north London club are also repeatedly being linked with an interest in Dutch youngster Memphis Depay, with the PSV Eindhoven man having moved to force an Eredivisie exit after turning down a recent contract offer.

Townsend had an up and down campaign in 2013/14 during which for a couple of months he was in superb form that led to a national team call-up, with the attacker impressing a great deal in World Cup qualifiers, before form and fitness slowly curtailed his progress.

Koeman will look to usher in further summer signings having brought in the likes of Shane Long, Graziano Pelle and Dušan Tadi? to counter the effects of a mass exodus from the south-coast outfit.