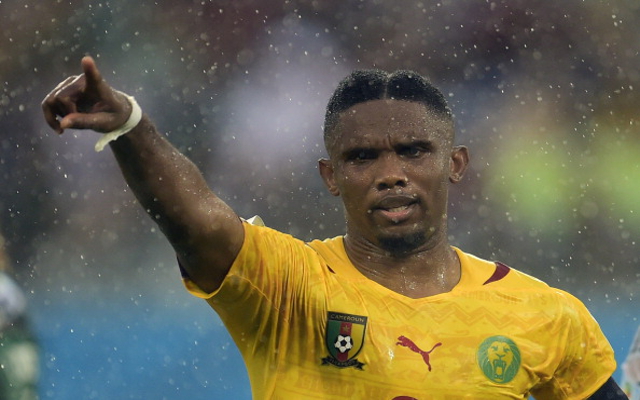 Liverpool are still hoping to bring Samuel Eto’o to Anfield this week despite closing in on a £16m deal to sign Mario Balotelli from AC Milan, according to the Metro.

Manager Brendan Rodgers has been desperate to add some fresh attacking talent to his ranks this summer and opened talks with the former Barcelona and Inter Milan ace last week.

And despite the fact that they’re closing in on Milan’s Balotelli, Sky Italia reporter Gianluca Di Marzio says a move for Eto’o is close.

Di Marzio is claiming that there have been fresh negotiations between the player and the club in the past 24 hours and the two could come to an agreement very soon.

Rodgers was thought to have a few reservations about the Cameroonian’s fitness, but those fears have since been dismissed and now all parties are hoping that an agreement can be reached.

Eto’o had been close to joining Dutch giants Ajax, but the club pulled the plug on the move on Wednesday after the player failed to attend the latest meeting scheduled between them.