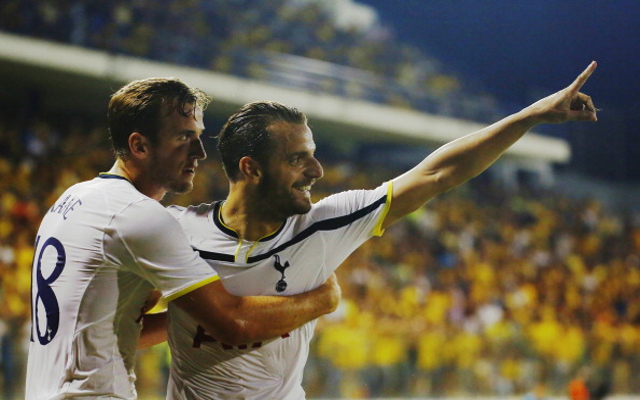 Inter Milan are readying a bid for Tottenham flop Roberto Soldado according to Spanish source Fichajes.

The Serie A side are ready to offer €15m (£11m) for the Spanish international, an offer that is some way short of the £26m the White Hart Lane side paid Valencia for the forward just over a year ago.

The 29 year old netted just six goals in 28 Premier League appearances last season, of which four were from the penalty spot, and boss Mauricio Pochettino has handed the experienced marksman just 39 minutes of top tier domestic action thus far this season and therefore may be open to selling the attacker.

Spurs chairman Daniel Levy may however demand a bigger fee for Soldado and one has to wonder as to why San Siro manager Walter Mazzarri even has to entertain the notion of an offer for the Premier League star at all.

His Inter Milan side have netted nine goals in their opening three Serie A fixtures and don’t appear to be in urgent need of further striking reinforcements.