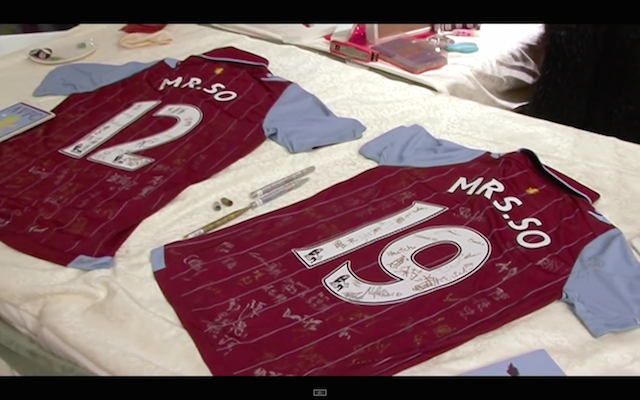 Two Aston Villa fans have taken their love for their club to a new level with a Villa themed wedding.

Kidd So, who is also the chairman of the Hong Kong Lions Supporters Club, married Destiny Chan in a wedding littered with the claret and blue of the Villans.

Guests were asked to sign a first team shirt to commemorate the day whilst cuddly toys of the club mascots Hercules and Bella were tied on the front of their wedding car.

Whilst it may not be to everyone’s taste at least it makes them happy!