A Twitter user has been compiling Opta data to compare which sides have a surplus or deficit of shots for/against them from inside the penalty area.

The teams have then been ranked 1-20.

As you might expect, the high a team is in the table, the closer they are to the top of the list – the top five are City, Chelsea, Southampton, Arsenal, Liverpool, in that order.

The biggest outlier are Spurs. They’ve got a deficit of -47, despite being sixth in the league.

You can see all the data compiled by @colinttrainor in the image below: 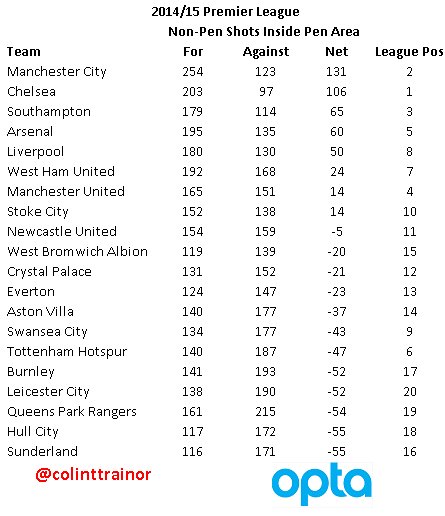