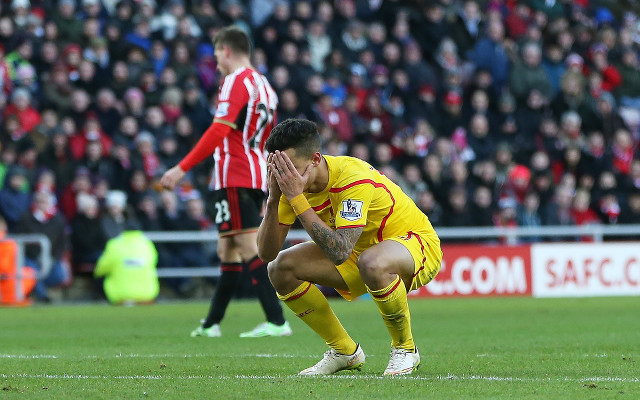 Liverpool playmaker Philippe Coutinho has revealed that he’s been observing tapes of Brazilian legend Ronaldinho as he looks to increase his influence within Brendan Rodgers’ side.

The 22-year-old told Liverpool’s official website that he’s been putting in extra work on the training ground in recent weeks in a bid to improve on his impressive form in recent months.

With injuries to Daniel Sturridge coupled with Mario Balotelli’s loss of form, Coutinho has taken it upon himself to assume responsibility at the heart of Liverpool’s midfield.

“I like watching football games as much as everyone else does. I’ve always enjoyed seeing Ronaldinho play and I watch videos of him to take as an inspiration.

“I sometimes also watch videos of myself to see what I have done well and what I could have done better.”

With Rodgers shifting to a 3-4-3 formation, Coutinho has been deployed in the creative positions behind the main striker which has revitalised the Brazilian’s form. A goal against Arsenal in last month’s frantic 2-2 draw at Anfield seems to have been the catalyst of the midfielder’s recent displays.

Following the semi-final loss to Chelsea in the Capital One Cup, Coutinho was one of the Liverpool players able to leave the Stamford Bridge pitch comfortable with the performance he produced.

Hearing Coutinho’s latest revelation, Liverpool fans will be delighted if their no.10 can add a fraction of Ronaldinho’s ability into his own game.