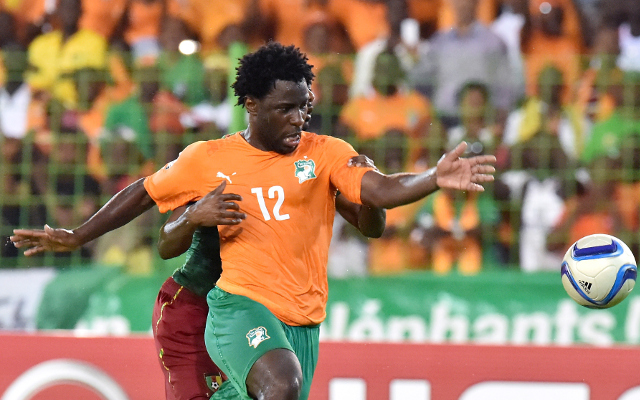 Bony goes straight into the squad to face Newcastle this weekend..

Manuel Pellegrini is likely to throw new signing Wilfried Bony straight into the starting XI on Saturday against Newcastle in an attempt to pair him alongside Sergio Aguero, according to the Express.

Bony was signed in January for fee believed to worth up to £28 million but has yet to make his debut for the champions following his international commitments, as him and Yaya Toure claimed the Africa Cup of Nations for Ivory Coast.

Man City trail league leaders Chelsea by seven points and Bony will be hoping to fire the goals to close the gap at the top of the Premier League.

The wealth of options available to Pellegrini up front weren’t top shabby, but adding the man who scored the most league goals in 2014 can hardly do any harm.

Edin Dzeko has struggled to replicate the form he showed towards the end of lasts season where he fired the club to their second league title in three years, whilst Stevan Jovetic is clearly out of favour having been left out of the Champions League knockout squads in favour of Bony.