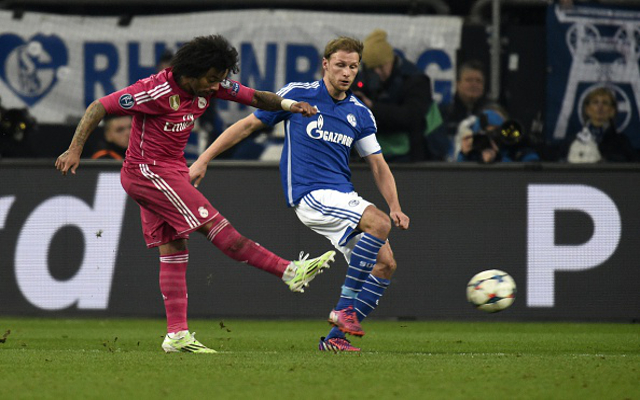 Real Madrid have doubled their advantage in Germany this evening by going 2-0 up in their last-16 tie against Schalke.

The Bundesliga side threatended to make a game of it by crashing the bar, but a sumptuous effort from the Brazilian Marcelo looks to have settled the tie.

Los Blancos are on the way to retaining their trophy.