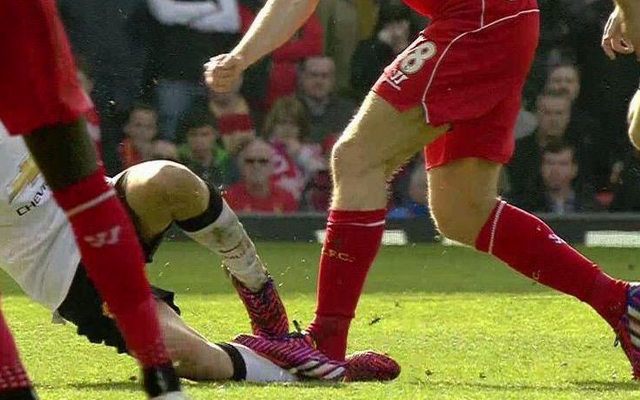 Liverpool captain Steven Gerrard was sent off in their hugely important match against Manchester United at Anfield only 40 seconds into the second half, having come on for Adam Lallana as a half-time substitute. Footage clearly shows Gerrard’s stamp on Ander Herrera and now you can see the areas in which he was a biggest threat with this heat map.