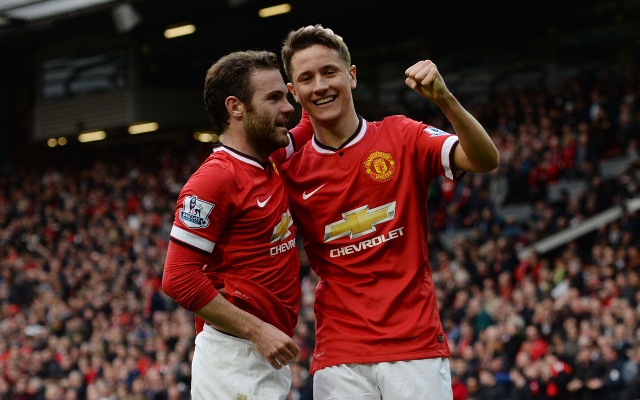 Herrera finally made the move to Man United last summer after what turned into a long drawn-out saga, and the weather in Manchester today may have made the Basque 25-year-old feel right at home.

His compatriot Mata has been in England for a few years now and might be a little more acclimatised to the erratic British weather. More importantly, the two face a vital few weeks for their club.

A derby at Old Trafford is on the horizon, before Louis van Gaal’s men make the trip to the champions elect – Chelsea. Travelling to Goodison Park is not an enviable task either and Man United will need their Spanish contingent in top form.

Without the possibility of ending the season with silverware, a top four finish is the minimum requirement at Old Trafford.

Check the two amigos posing in the sunshine below: