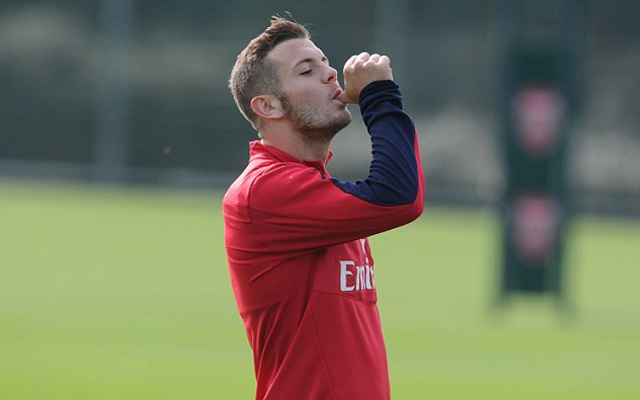 Arsenal midfielder Jack Wilshere has given fans an update on his fitness after he played 88 minutes for the U-21s at the Emirates Stadium against Reading on Monday night.

As he steps up his recovery from the ankle injury suffered against Manchester United in November, Wilshere almost completed the full game but was instantly taking off after collapsing to the floor whilst holding his ankle.

Thankfully for Arsenal and England, Wilshere was pleased to report that he was fine, but the physical affects of another 90 minute game were present.

Thanks to all the fans that came to support me and the U21’s last night, shame about the result but good to get ano… pic.twitter.com/qmbBipxlSz

Another game under my belt. Feeling it today — Jack Wilshere (@JackWilshere) April 14, 2015

Wilshere stated last week that Saturday’s FA Cup semi-final was the game in which he was targeting for a comeback (via Daily Mail) and another chance to prove himself in a competitive game in front of an eagle eyed Arsene Wenger wouldn’t have done his chances any harm.

When he eventually returns, Wilshere will be faced with intense competition in midfield and just like Welshman Aaron Ramsey, he may have to offer his versatility and fill the wide positions with Santi Cazorla and Francis Coquelin favoured centrally by Arsene Wenger.