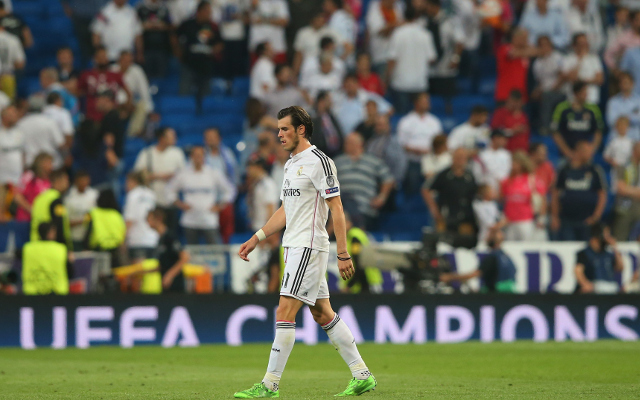 Spanish sources say Gareth Bale could be on his way out of Real Madrid after asking his agent for a move back to the Premier League this summer, alerting Manchester United.

The Wales international has had a disappointing season in La Liga this year, struggling to live up to the world-record price tag that brought him to the club from Tottenham Hotspur back in the summer of 2013.

Bale won the Champions League and Copa del Rey in his first season in Madrid, playing a key role in both final victories, but has looked less confident this year and taken the blame from some fans for the team’s disappointing results in recent months.

Real have missed out on silverware altogether after Barcelona beat them to the Spanish league title, while Juventus knocked them out of the Champions League semi-finals.

Manchester United are now expected to launch a stunning £85.7m bid to bring Bale to Old Trafford this summer after the 25-year-old’s decision to quit the Bernabeu, according to AS.