The back page of The Times is carrying a story claiming that Louis van Gaal could be about to embark on his last stand and will be relieved from his role as Manchester United manager should they lose to Liverpool at the weekend.

The headline reads “One more loss could be end for Van Gaal”, and journalist James Ducker goes on to explain that the club’s hierarchy are growing increasingly frustrated at the prospect of recording a top four finish slipping away, and they will give the Dutchman one last chance to prove that he can guide them in the right direction. 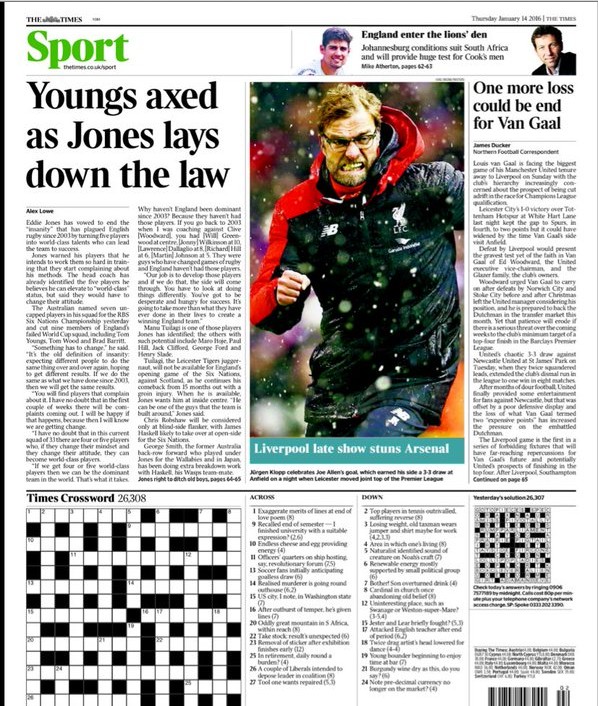 In what is increasingly looking like a battle for just one position, United have fallen behind the likes of Spurs and West Ham, as they fall further adrift of the top three.

Drucker explains that club CEO Ed Woodward talked LVG out of quitting his post following back-to-back defeats to Stoke and Norwich before Christmas.

However, after dropping two points to Newcastle this week, United chiefs are worried that defeat to Liverpool coupled with good results for their top four rivals will all but end their chances of qualifying for next season’s Champions League.